How Social Advisers are Using Video to Up Their Social Game 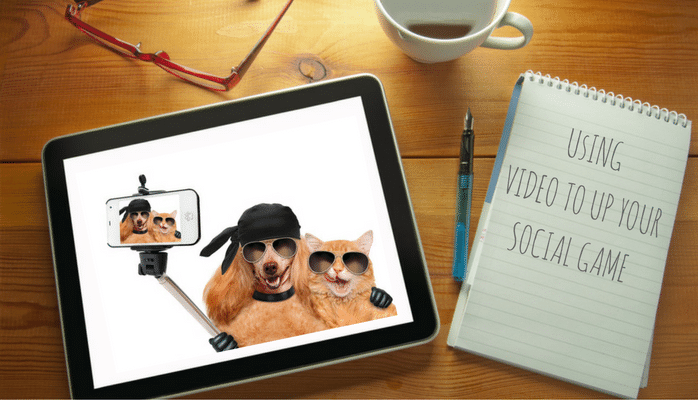 Online video can be one of the most engaging forms of social content.

And in recent times, each of the most popular social platforms has developed its’ own video capabilities.

That’s a pretty big call and more than a polite nod about where things might be headed. *

If you’ve watched a video on social media, you know they can be powerful.

And while there’s some awful ones out there, chances are you’ve liked or shared a video at one time or another.

For some brands, video’s an integral part of their marketing strategy, and if it’s not part of yours, it’s one that’s worth keeping an eye on.

“The single most important strategy in content marketing today is video.” – Gary Vaynerchuk.

Video can help build brand awareness and get (or increase) engagement with your fans, followers and beyond.

You can reach people where they already are.

You can also get a little more human, show behind the scenes, share client stories, and provide information, education and even a bit of entertainment.

What’s not to love?

To get started using video on your favourite social media platform, there are a few general “rules” ** to follow:

Keep it short: Most people don’t want to watch a documentary on social (unless, perhaps, they’re on YouTube).
People are busy.
They’re scrolling.
Holding attention is hard.
Keep it short and snappy.

Single message: Don’t try to say too much in a single video.

When you’re keeping it brief, it’s better to communicate one thing effectively, than a few things poorly.

Have goals: Before you post anything, ask yourself “why”.

Having an overarching strategy and editorial mission will help you filter out what’s noise and what’s not.

So keep the videos relevant to the platform and the mindset of the users that are already there.

Make it shareable: Social media is driven by the interactions it facilitates.

If you can’t imagine your video being shared or commented on, think about what you need to do to tweak and improve it.

Unique, interesting and useful are three good basic criteria to get you critiquing your work before you hit publish.

Get emotional: A study in Psychological Science  found that people are more likely to share content that evokes high arousal emotions, like positive messages, anger and anxiety.

So think about what you can do to elicit strong emotion in your video posts.

Each social platform has its own audience, features and tactics that are likely to get results. Here’s a quick look at the video elements of the most popular social channels financial advisers tend to use.

There are over 8 billion daily video streams on Facebook every day.

Facebook places a hefty amount of weight on videos uploaded directly (rather than pasting a YouTube link). This is a smart way to start getting a little more traction on your Facebook page.

Interestingly, some research shows that 85% of Facebook video is watched without sound .

What that means, is that including captions in your video may help increase your engagement.

Twitter is relatively new to the video game, and allows you to host only short videos. While it is also super easy to link to a video hosted on a platform like YouTube, Vimeo or Wistia, there’s no doubt the auto-play of a natively uploaded video gets more views.

So nuggety little video chunks, less than 30 secs, are a good place to start.

Keep them light and friendly. And use humour and personality to help make and strengthen connections.

Think about how well gifs (mini animations without sound) are received on Twitter, and you’ll get an idea of the type of video that might work.

Video of the Day! @Chaselife teaches his son + nephew about mountain biking, still working on the Hi5! #GoProhttps://t.co/SF0fEe0EK8

It’s gloriously free, and is a giant video search engine.

Even if you upload your videos to other platforms, adding your video to YouTube can be another way to get a little bit of search engine and new audience love.

It’s simply a powerful tool for getting your video’s discovered.

How many times have you tried to watch just one video, and got lost in an autoplay or “up next” click adventure/black hole?

YouTube is also a great option for longer videos, like webinars, how to’s or screencasts. But there’s so much variety it’s worth experimenting with what gets traction for you.

Note: This video is a highlights version of a longer video. That’s a smart way to leverage your content to be shared on different platforms.

Instagram is already a very visual platform, and video just takes it a step further.

Try visually interesting, intriguing, positive videos and have a bit of fun.

A hello from a new staff member, the office coffee machine in action, a quick tip, or perhaps a panoramic view from an office window are ideas to get you started.

Many social platforms now also have a live video component, including YouTube, Meerkat, Periscope and most recently, Facebook.

Of course live means no editing, and you need to have your wits about you.

But if you’re comfortable talking to clients or small groups, you should be just fine.

You could share something exciting, take people on a tour of your office or have an AMA (Ask Me Anything) session.

You could even explain a concept in a whiteboard style video and take questions from your viewers.

The key with live video is to be interactive and make your audience feel like they’re part of the event.

Video on social is on an upward trajectory, and you can get great results if your content’s on the money.

You don’t have to be a big business with a big budget to take advantage of video.

And whether you use a smart phone or pre-done videos ready to go , have some fun experimenting and upping your social game.

* Then again, we financial advisers know a thing or two about how accurate predictions can be.

** Rules are made to be broken. If you think something different might work, why not try it?

*** Did you spontaneously clap when Felix landed? 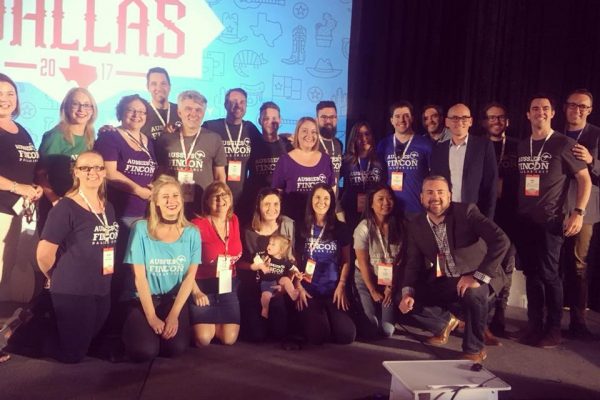 #FinCon18 – It’s about experience, not theory

Danielle Cornelissen
September 27, 2018
As a first timer at FinCon, I was ready to be inspired. The success stories of early adopters are evident with an array of book launches, online courses and the…
Read Full Article 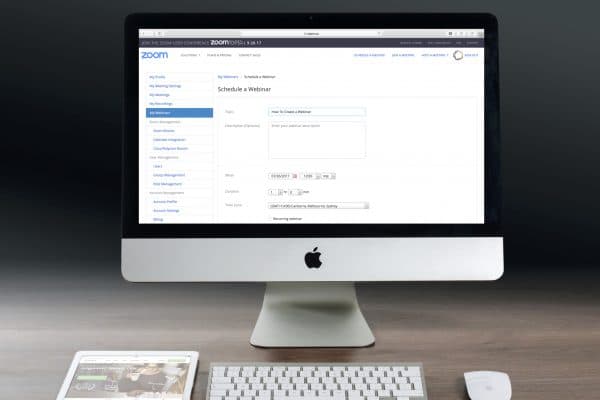 Danielle Cornelissen
July 26, 2017
If the thought of hosting your own webinar leaves you with sweaty palms and pre-stage fright, you’re not alone. After reading a few ‘How To’ guides, I freaked out and…
Read Full Article